Welcome to our Gymnastics Discussion Community
555,589 messages... 44,515 topics... and 6,778 members
Join for FREE!
Menu
Install the app
You are using an out of date browser. It may not display this or other websites correctly.
You should upgrade or use an alternative browser.

Thank you for supporting our sponsors Energym Music & Norberts!

Dani had her End of the Year Awards Banquet yesterday and all the girls had a blast! There was a lot of dancing and just letting loose. Each girl got recognized for their efforts and hard work with a trophy. Gotta love gym bling!!!

They also gave out a special award to a gymnast on each team, a "Highest All-Around" award. Dani and I were a bit shocked when the coach announced Dani's name to receive this award for the MDL Level 4's!!! Even though Dani wasn't the high scorer for the team at all the meets, her attendance at all the meets gave her the team High AA score average since a few of her teammates missed meets here and there. Her coach said some very nice heartfelt words about her consistency, hard-work and her "never give up" attitude regarding certain skills that she has fear with . It was a very nice ending to her first year in gymnastics! She was grinning from ear to ear!! I am so proud of all of her hard work, dedication and determination throughout this season! 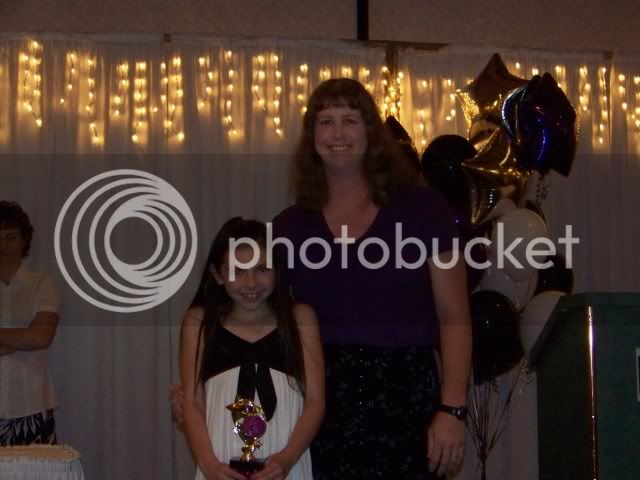 Here she is in her dress--it was so nice to see all the girls dressed up and NOT in leos and their hair pulled in a ponytail!!! 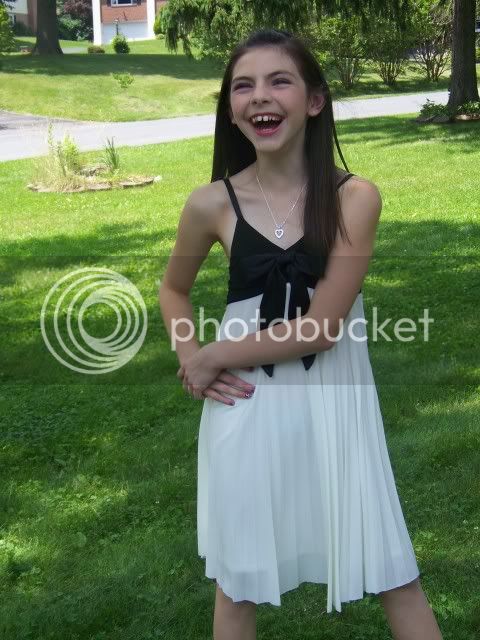 The land of cheese and cows!

that's always one of the best parts of banquets is seeing everyone in "normal clothes" it like we're totally different people..

Isn't that lovely, so nice to be recognised and encouraged in such a fun way. She looks lovely too.

Way to go Dani!!!! I'm soooo happy for her!!!! She so deserves all the praise her coach gave & the award!!!! And she looks lovely too!!! Have fun training for the next level Dani!!!

Oh, Dani! You look so beautiful
Congrats on your award. How fabulous is that!?! You deserve it girl!!
C

And don't you love seeing the girls all dressed up! Some of them I don't even recognize because they look so different not in a ponytail

Gym Parent Forum Sep 25, 2020
Stranger.maci
S
2
L10 Senior and gym decided ALL virtual when the rest of gyms in state are planning for a season (entering local meets)